Having booked tickets for the Bowie exhibition with my mum back in December we had no idea until just days before that we had managed to book on the night that kicked off the V&A Bowie Weekender! A Bowie flashmob outside the museum launched the beginning of  the Bowie inspired weekend including events, performance, workshops, talks, film screenings, installations and more….

First on the agenda was the main exhibition David Bowie Is, sponsored by Gucci and Sennheiser. It took us through a breath-taking journey of music, fashion, art and performance using the best cutting edge technology and sound engineering.  It was absolutely incredible at every single turn and truly a gift of sound and vision. 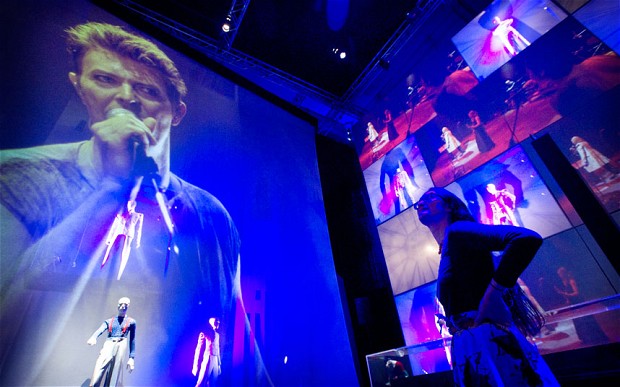 After the exhibition we joined the party in the grand entrance which saw  Bowie inspired DJ sets from Clare Sturgess and Chris Sullivan all weekend. The space was overlooked by three specially commissioned canvases by urban artist Pistol; capturing his interpretation of Bowie’s image, music and aura.

In the sculpture room intermittent performances by mime artist, John Hinton, paid homage to Bowie’s performance in the 1969 mime film, The Mask. 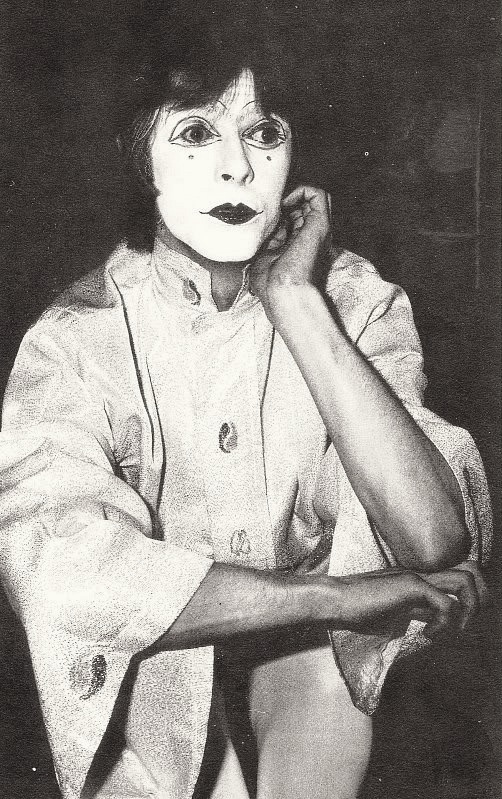 Our first stop on Saturday was Oh! You Pretty Things, Students from Central Saint Martins College of Art & Design were on hand all weekend to transform guests into one of three iconic Bowie looks, the Aladdin Sane being an obviously popular choice!

There were a number of Bowie inspired workshops around the museum all weekend, the first we tried was Fashion Styles for the Famous with CreateVoice, the V&A’s youth collective and fashion designer Jane Bowler. Given boxes of material, card and colouring pens we were encouraged to design our own Bowie fashion… Beep Beep. 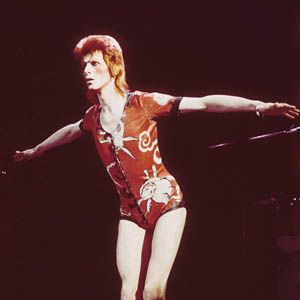 The next was the Cut up Collage using Bowie’s distinctive cut-up technique to generate lyrics by cutting words and phrases out of newspapers, magazines, cuttings from classic literature, poetry and our own thoughts and stories. Bowie used this technique for a lot of his music in the 70’s including Life on Mars?

Another brilliant interactive installation was the Station to Stationery project by Central Saint Martins MA student, Sarah Fortais. Well known for her interactive sculpture projects and strong Bowie influence Sarah created a giant post-it note Bowie portrait made up of notes by fans and visitors throughout the weekend.

Legendary rock journalist Paul Morley, became a living installation as he endeavoured to write an entire book about Bowie during a weekend from the V&A grand entrance. At a desk surrounded by reference books with his progress projected on display behind him Morley was, at the time we were watching, writing “I wish people would stop asking me where the toilets are!”. 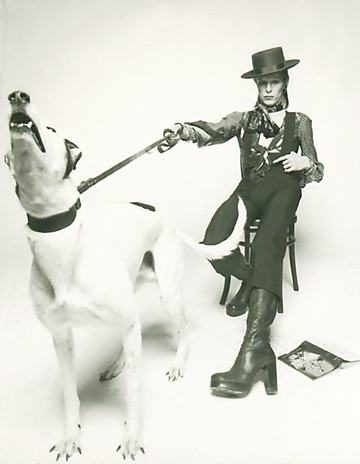 Later we stepped outside for some air and stumbled across a brilliant and hilarious rendition of Space Oddity by the all-male a cappella group from Imperial College, London – The Techtonics. Despite the rain the crowd stuck around and the guys received a roaring reception. If only Major Tom could hear them… 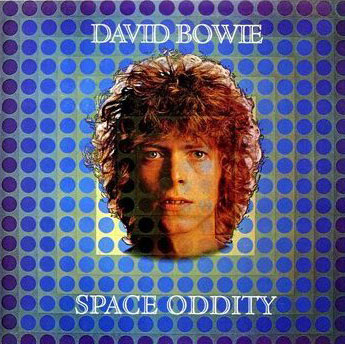 A space capsule was installed on the mezzanine balcony for photo opportunities and around the museum were a number of life-size Bowie cut outs designed by costume and prop artist Bryony Rumble including the Ashes to Ashes and Ziggy Stardust looks. 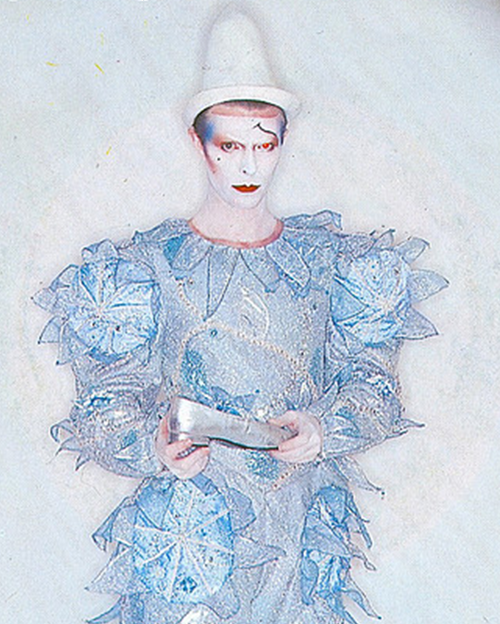 Bowie’s Japanese fashion influences played a part in many of the events over the weekend including Okuni, a dance-based theatre performance founded in 16th Century Japan And performed at the V&A by director and choreographer Akiko Ono. 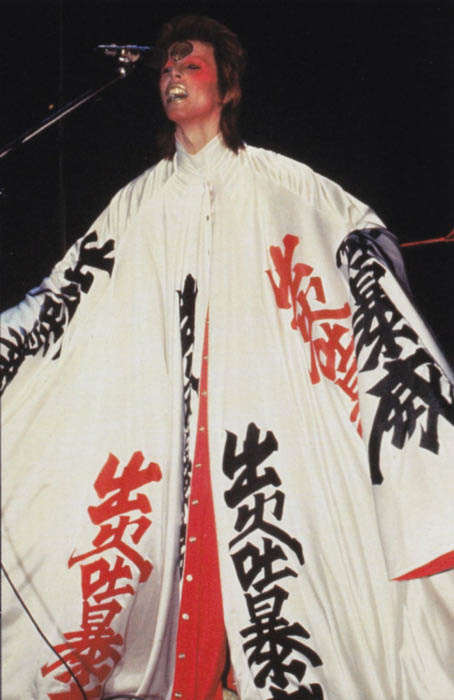 Other exciting additions to the weekend included: Ziggy Played Piano – live piano arrangements of Bowie’s music by Dominic Gerrard in the beautiful V&A café,  Christie’s ‘Pop-Up’ Culture – A display of objects from Christie’s South Kensington’s upcoming pop culture auction and David Bowie is a Puzzled Man – A chance to test our Bowie knowledge in a quiz about his life and music. In the V&A’s quadrant we got the chance to ‘Feel the Fame’ down the red carpet with a performance installation by HalfCut.

The weekend was rounded off perfectly with a number of Sunday screenings including a double bill of surrealist cinema; Un Chien Andalou and Dreams That Money Can’t Buy, footage of the stage show Look Back in Anger and of course one of the best films of all time and Bowie’s starring role as Jareth the Goblin King in Labyrinth!

Have a look at some of my photos of the Bowie Weekender below, no photos of the exhibition unfortunately but I urge absolutely everyone to go see it for themselves before it ends on 11th August 2013.

Let me know if you’ve been, if you’re going, if you were at the weekender or just if you LOVE BOWIE in the comment box below or on Twitter: @XStaticGibbo 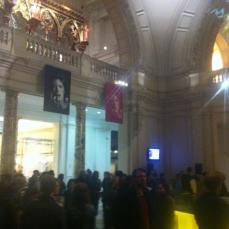 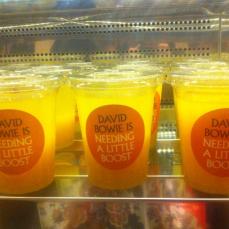 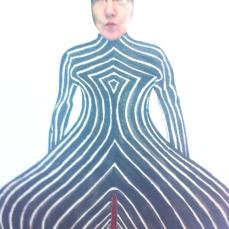 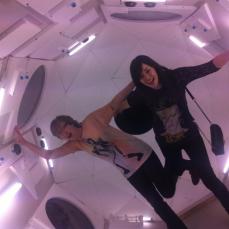 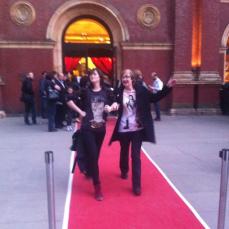 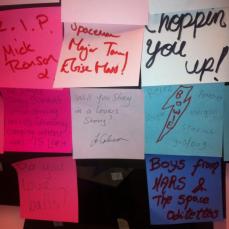 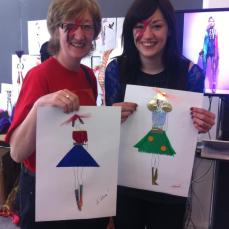 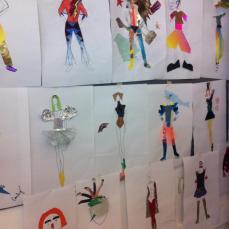 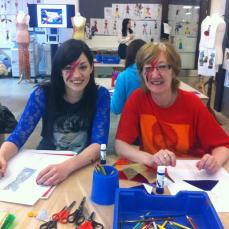 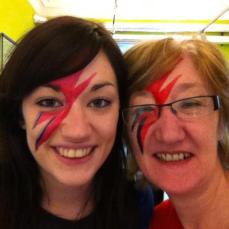 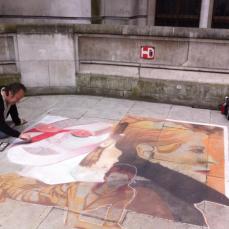 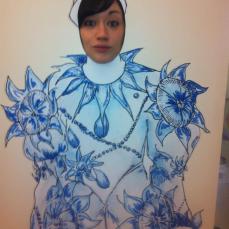 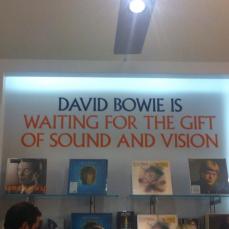 Lastly once all was done at the V&A we took a trip to Soho’s Heddon Street where Ziggy Stardust first landed, holding a guitar and perching on a bin on the album cover for Ziggy Stardust and the Spiders From Mars in 1972. A plaque was unveiled last year to mark the launch of Bowie’s latest album, The Next Day.